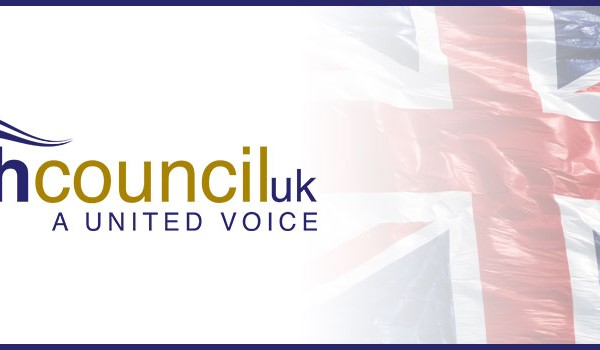 The guidelines below have been developed through a comprehensive consultation which took place over a 2 year period. In developing the guidelines Sikh Council UK consulted with Gurdwara Sahib Committees, Sikh Organisations and individuals. Consultation methods included: emails, mail-shots to Gurdwaras across UK, regional meetings, workshops, telephone conversations, and face to face discussions.
Below is the 5th and final version of the guidelines as approved by the General Assembly of Sikh Council UK on 11th October 2014.

1.1. The purpose of this document is to progress towards agreeing a consistent approach  to Anand Karaj (Sikh marriage) ceremonies across Gurdwaras in adherence to the Panth Parvaan Sikh Rehat Maryada (the Sikh code of conduct & conventions) for circumstances where one partner is not of Sikh origin.
1.2. There are many communities which have a historical tradition of following many tenets of the Sikh Faith and regularly engage in religious ceremonies and contribute to the Gurdwaras. This document does not address any issues relating to their practices as it is a subject of separate discussion as to how they can be supported to better understand and follow the Sikh Rehat Maryada.

2.1 On several occasions considerable discussion has taken place in the Executive of the Sikh Council UK reiterating the need to set out a process to ensure that marriages take place in accordance with Sikh Rehat Maryada and the supporting Sandesh (edict) of Sri Akal Takhat Sahib (as attached). The matter has also been discussed by the Board of Jathedars.

2.2 The Sikh Rehat Maryada Article XVIII clause k states that “ਅਨਮਤ ਵਾਲਿਆਂ ਦਾ ਲਵਆਹ ‘ਅਨੰ ਦ’ ਰੀਤੀ ਨਾਿ ਨਹੀਂ ਹੋ ਸਕਦਾ |” meaning persons professing faiths other than the Sikh faith cannot be joined in wedlock by the Anand Karaj ceremony. Also at XVIII clause b, “ਲਸਿੱਖ ਦੀ ਪਿੱਤ ਰੀ ਦਾ ਲਵਆਹ ਲਸਿੱਖ ਨਾਿ ਹੀ ਹੋਵੇ |” meaning a Sikh’s daughter must be married to a Sikh. In the Sikh spirit of gender equality, it is implied that a Sikh’s son must also be married to a Sikh.

2.3 On 16 August 2007 Sri Akal Takhat Sahib issued a Sandesh clarifying that the Anand Karaj ceremony can only be conducted for Sikhs and that any person of non-Sikh origin wishing to take part in an Anand Karaj must adopt the Sikh faith and have Singh or Kaur added to his or her name on relevant identity documents.

2.4 In spite of this clear guidance marriages have taken place in Gurdwara’s where one partner is not a Sikh.
2.5 There are examples where the partner claims to have accepted Sikhism and goes through a sham wedding in a Gurdwara to appease the parents of the Sikh partner. In other examples two religious ceremonies take place one in the Gurdwara and the other at the religious place of worship of the non-Sikh partner.

2.6 Some examples have emerged where the Anand Karaj has taken place without the non-Sikh partner accepting the Sikh faith. Then the Sikh partner is converted for the second religious ceremony. A particular example illustrates this issue whereby a Sikh girl had an Anand Karaj first and then had a church wedding where she was converted to Christianity. Sadly she died shortly afterwards and she was buried according to Christian rites. It was only at this point the distraught family realised what had actually happened.

2.7 Mainly as a result of some Gurdwara management committees not adhering to the Sikh Rehat Maryada, examples have emerged of local tensions and there continue to be risks of breach of the peace and litigation. The development of a consistent approach aims to prevent this predicament in the future.

2.8 The responsibility lies both with individuals and Gurdwaras to ensure that there has been a formal acceptance of the Sikh religion. The definition of a Sikh in the Rehat Maryada is: “Any human being [man or woman] who faithfully believes in: One Immortal Being; Ten Gurus, from Guru Nanak Dev to Guru Gobind Singh; the Guru Granth Sahib; the utterances and teachings of the ten Gurus and the baptism bequeathed by the tenth Guru and who does not owe allegiance to any other religion, is a Sikh.”

2.9 From a practical point of view it is important to ensure that there is a genuine acceptance of the Sikh faith, a commitment to live the life of a Sikh and to also raise any children as Sikhs.
2.10 It is noted that there is considerable variation in practices of Gurdwaras towards testing the genuine intention to accept the Sikh faith. Some Gurdwaras have developed good practice and the proposed approach builds upon it.

3. Proposed Approach to ensure adherence to the Sikh Rehat Maryada

3.1 Any person wishing to exercise the choice to marry in a Gurdwara Sahib through the Anand Karaj ceremony must sign a declaration (Appendix 1) that confirms:

4.1 To implement the above proposals, Gurdwaras are encouraged to adopt a procedure for meeting the couple prior to the Anand Karaj. The following procedure is recommended:

4.2 It is further recommended that Gurdwara managements should ensure the couple has awareness of the following basic Sikh tenets: Belief in only One God

4.3 Where a couple chooses to undertake a civil marriage in a Registry Office they should be offered the opportunity to hold an Ardas, Sukhmani Sahib Path, Akhand Path or other service to celebrate their union as husband and wife in the presence of their family, relatives and friends.

5.1 A standard declaration (Appendix 1) is provided to assist Gurdwara managements.

5.2 Where a Gurdwara is unable to conduct the Anand Karaj Ceremony in any case due to non-compliance with the requirements set out in this policy, the Gurdwara will inform the couple clearly and without delay. The Gurdwara may wish to confirm the same in writing to the couple for further clarity and to this end a standard letter (Appendix 2) is provided to assist Gurdwara managements.